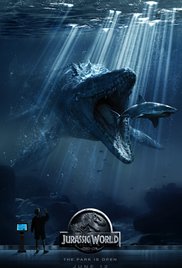 I can’t say that I was a huge fan of this one, but it wasn’t as terrible as it could have been. Mostly because of Chris Pratt. Obviously this one was pretty far fetched (as are all of the films in the series), but it was decent entertainment. Max liked it more than I did, which I guess is good since it was his pick!

I absolutely hate that we didn’t see this one in the theaters! I guess having a toddler & a one-month-old made it tougher to get to the theater than I was hoping. But we did finally get to watch Max’s aunt Eugenie as Tigris and it was so exciting to see her all done up!! Not my favorite movie in the series, but it wasn’t exactly my favorite book of the series either. That being said, I did like the movie and I’m glad we watched it!