January’s photo challenge photoshoot ended up happening a day earlier than I’d planned when Peanut came in while I was photographing Pumpkin for her 3 month letter. She immediately wanted to jump into the frame, so we brought out their adorable shirts we’ve been gifted and away we went!

There were a lot of images I liked from this session (of course – they’re of my girls!), and I had a hard time choosing my most favorite…. So you’re just going to get to see a bunch of them! 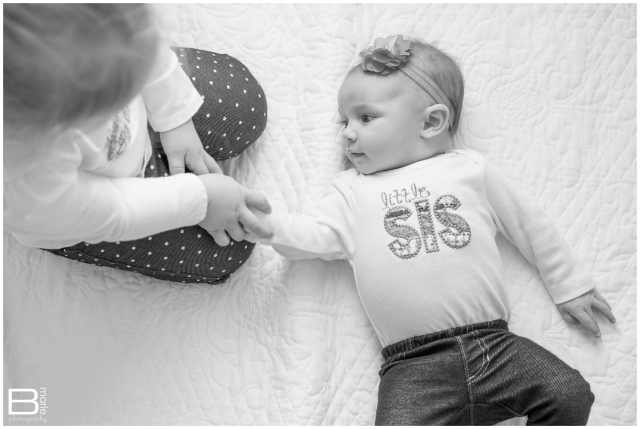 That “cheeeeeese” face of Peanut’s just cracks me up. And Pumpkin looks a little less than impressed haha. 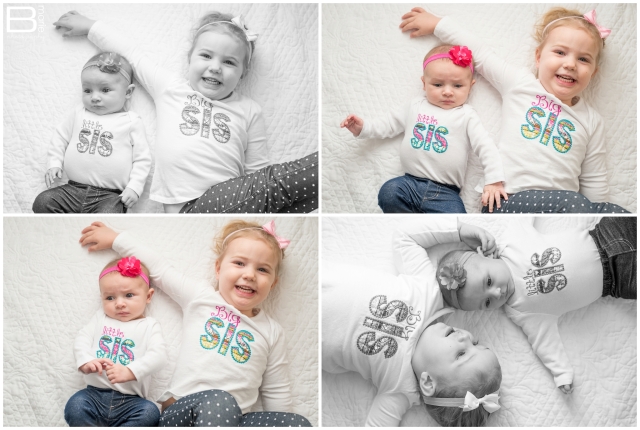 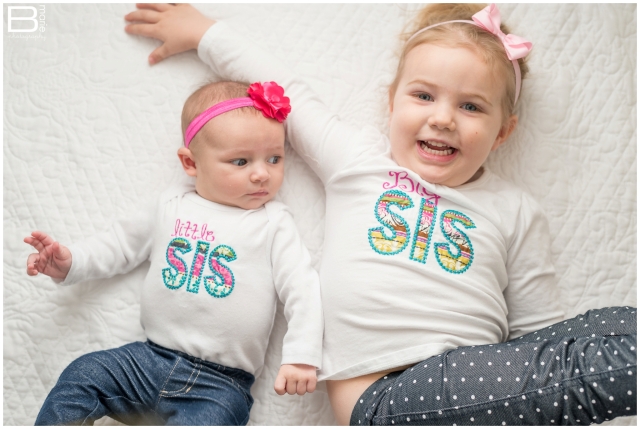 Max was shooting a little too during this process, and I’m already loving getting different angles with his photos mixed in! My photo is on the left, and Max’s on the right.

Those blue eyes… be still my heart!! 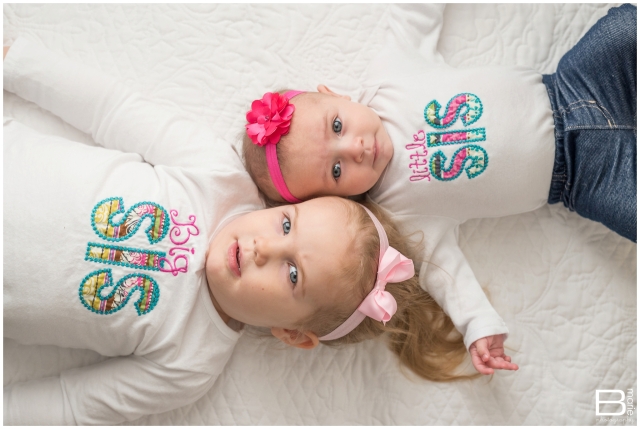 Peanut decided once again that if we were taking pictures, she wanted to have her camera in hand too. I can only hope she ends up developing a real love for photography – I can only imagine how fun that would be to share that with her when she is older! 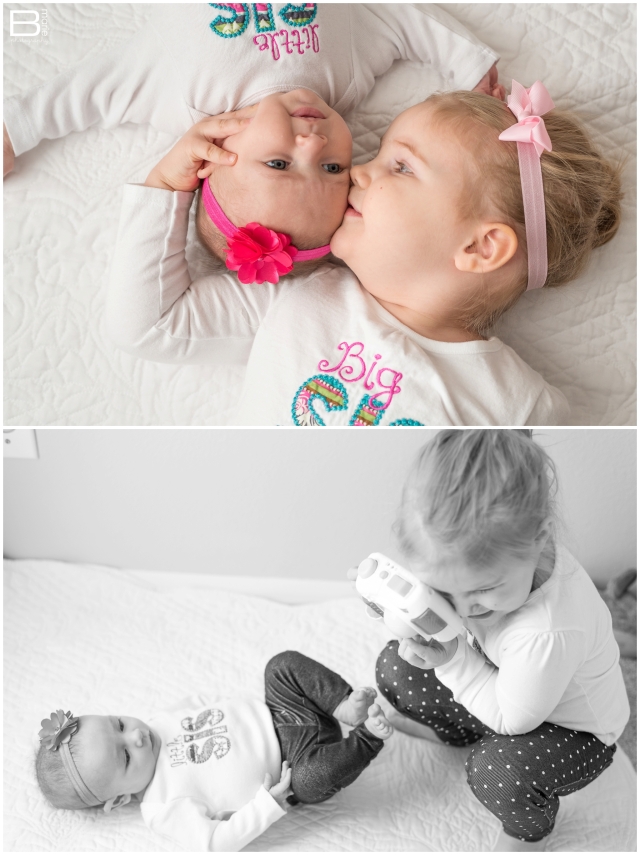 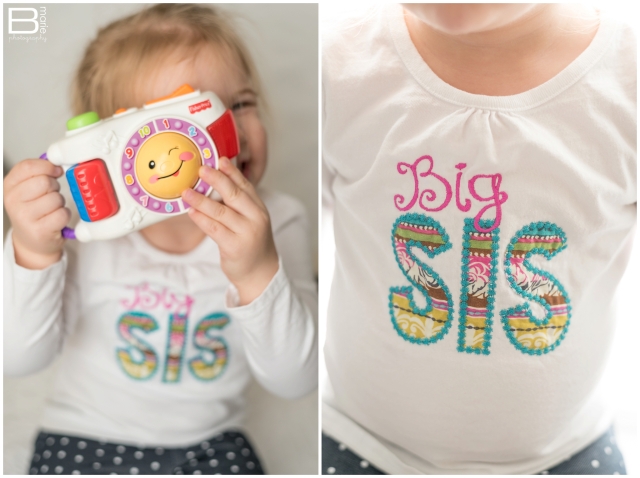 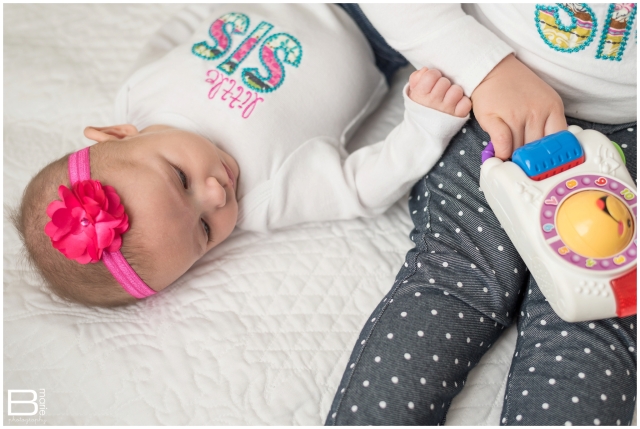 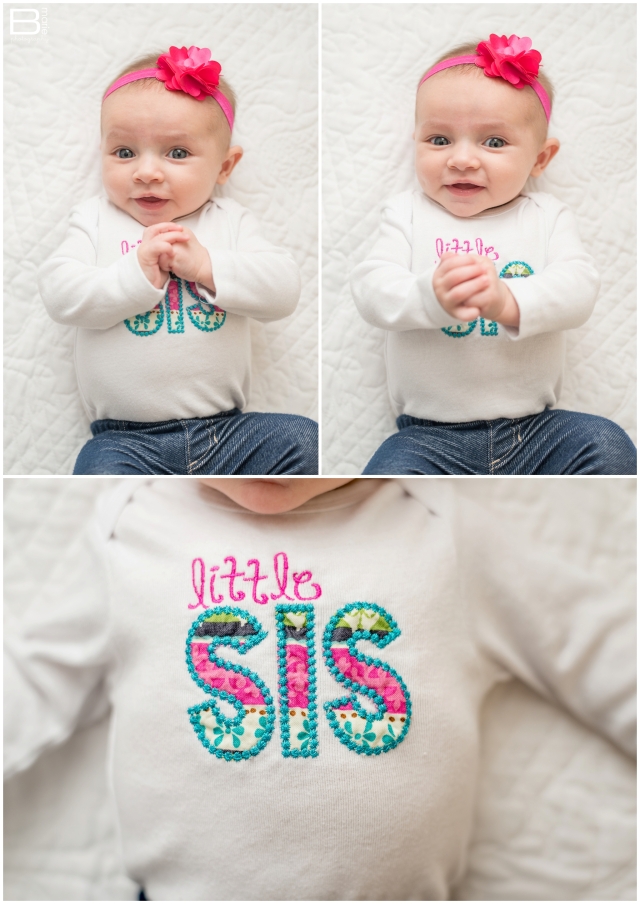 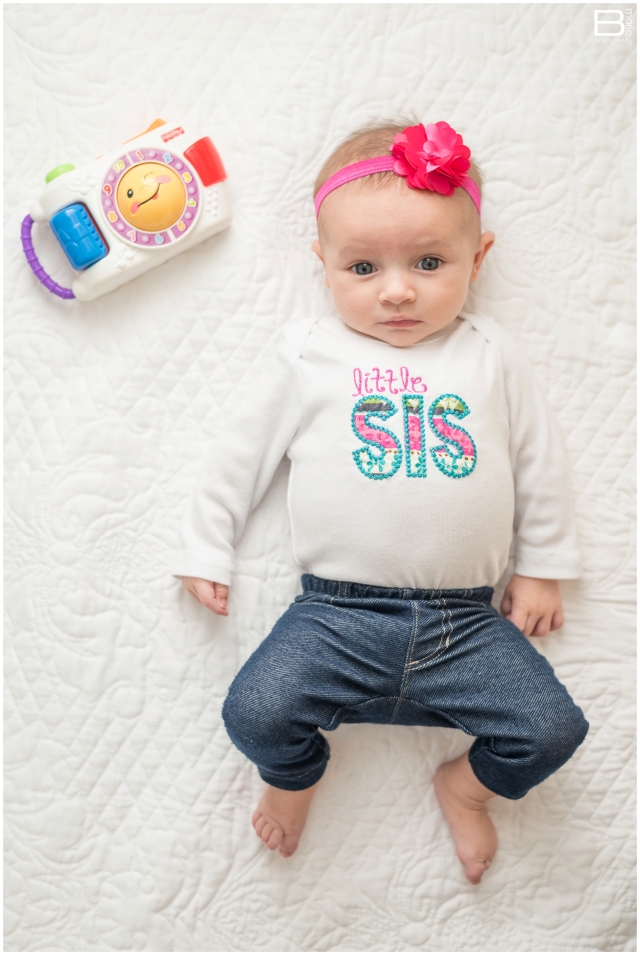 Well.. maybe at this point her interest in the camera isn’t exactly the kind I was hoping for!

I’ll end things with two more of Max’s shots… I especially love the last one! 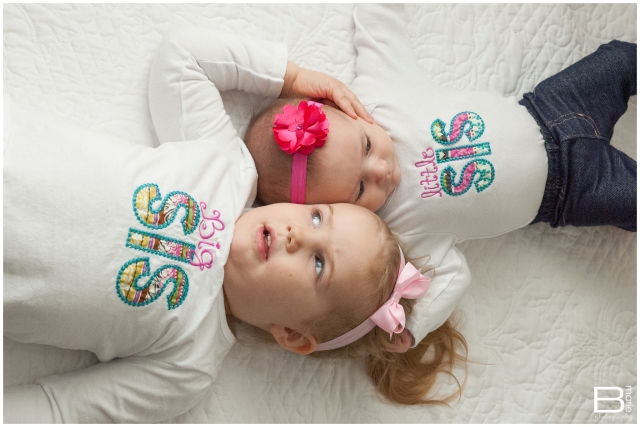 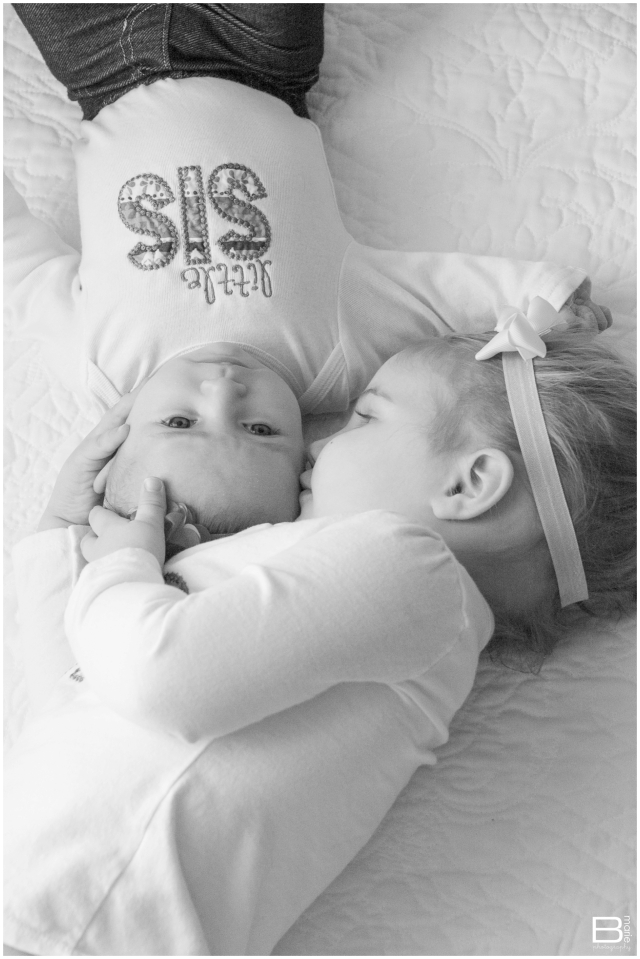 You can find previous months in the Photo Challenge here: 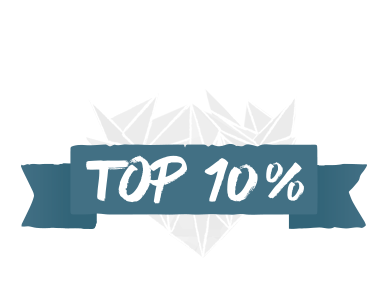 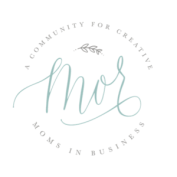 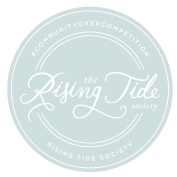